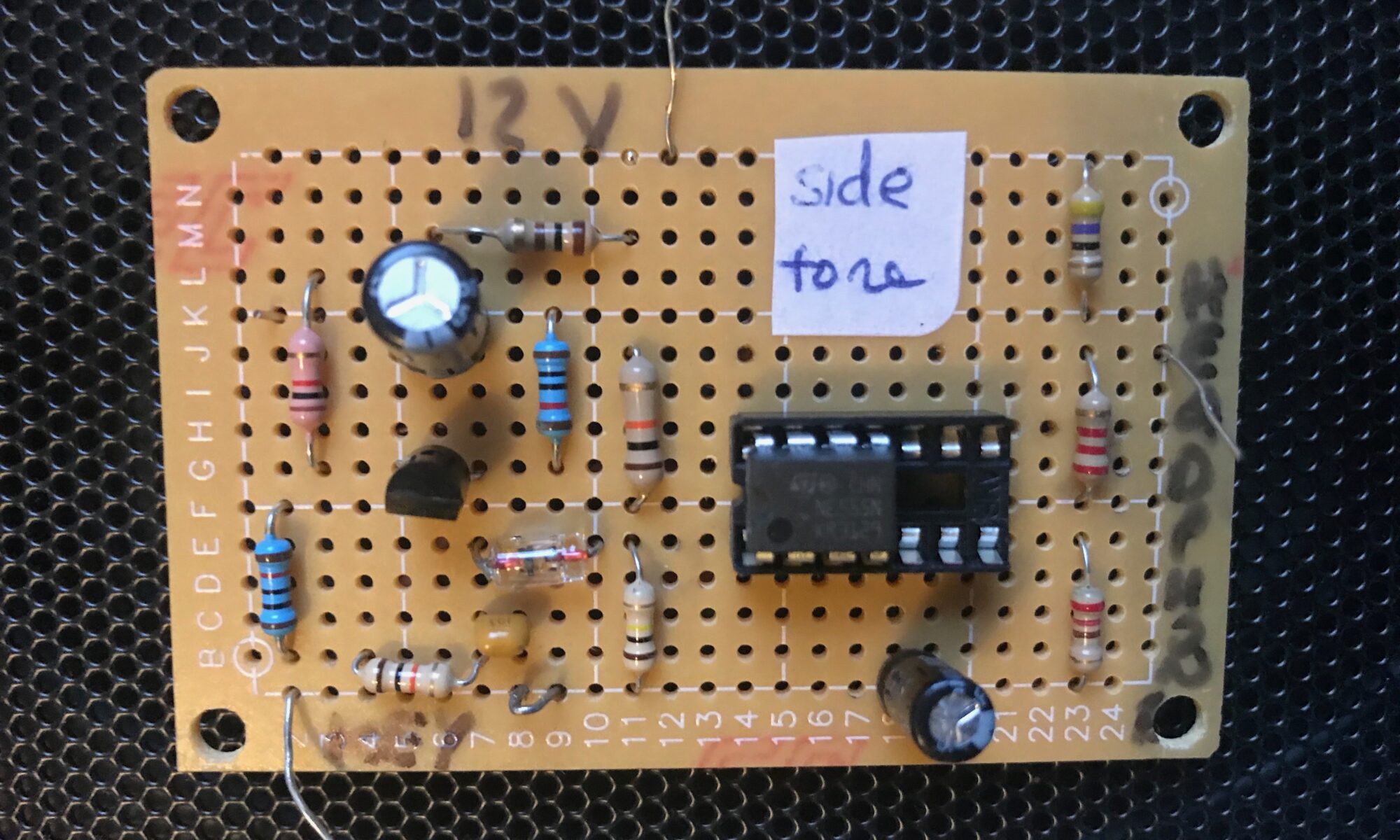 So I’ve added a sidetone oscillator to the transmitter so that I can hear what I’m sending for when I do proper transmit/receive switching with one aerial.

I looked at PIC-based and LM386-based solutions, but decided on the circuit in chapter 1 of “Experimental Methods in RF Design” by Hayward et al (EMRFD). The circuit is based on a 555 timer. It beats other circuits I looked at because it is simple to build, uses through-hole components and is plenty loud enough for my ageing ears. Although it’s a square wave oscillator it sounds fine. I may add an LPF as the harmonics are louder than the fundamental.

I didn’t have all the components specified in EMRFD so I substituted others that seem to work fine.

Here’s the circuit and layout as ‘designed’ in EAGLE. 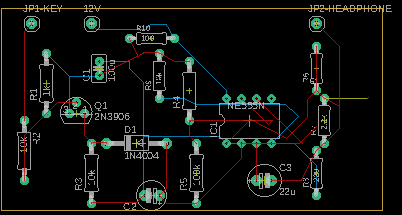 The circuit works as follows. The morse key is attached to the JP1-KEY pin and when the key is keyed it grounds R2 making Q1 switch on. The 555 timer is configured as a multivibrator triggered through D1. The square wave output goes to JP2-HEADPHONE pin.

I will replace R7 with a trimmer pot as the current value makes the output too loud even for me.