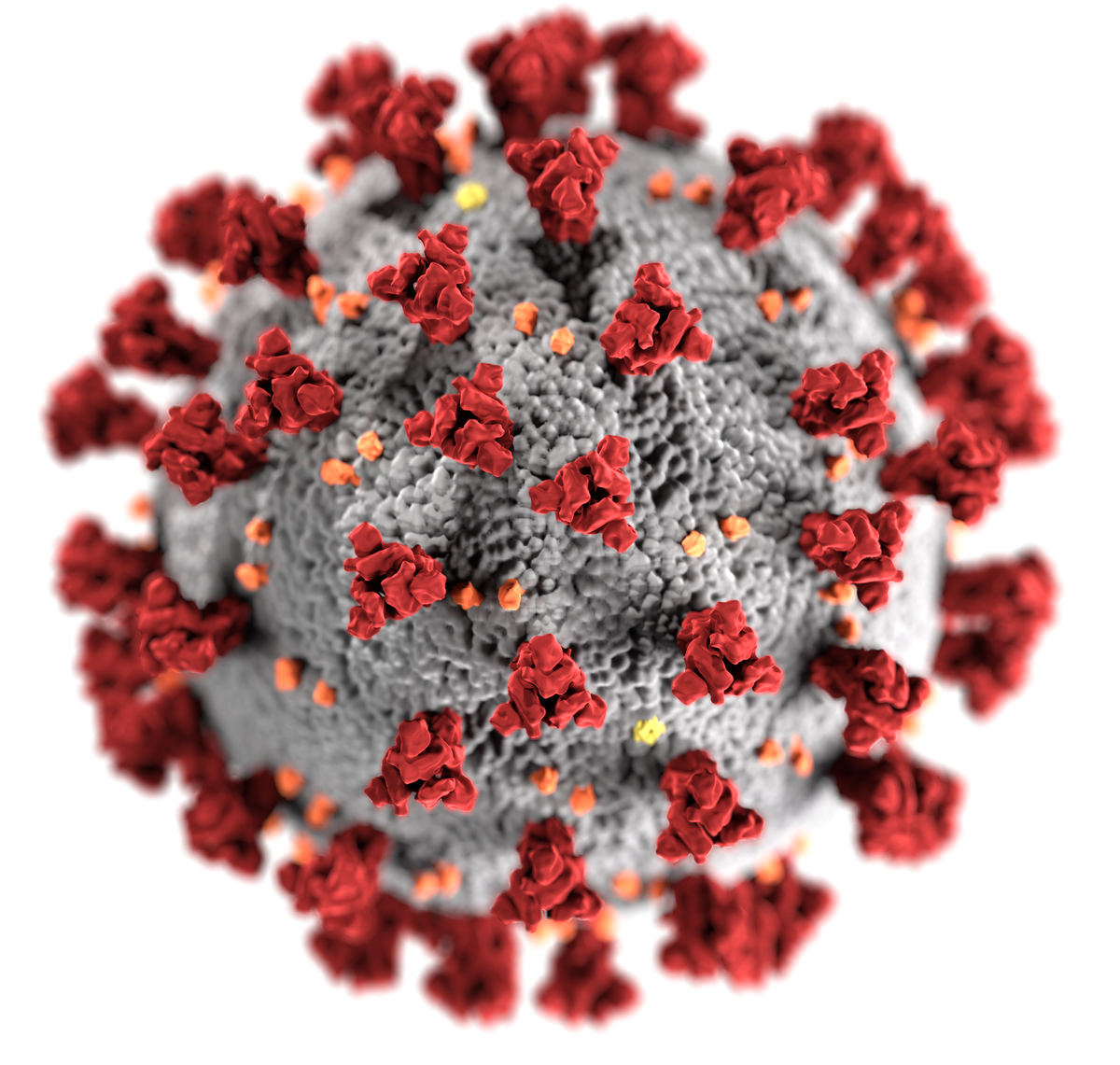 The graphs in my previous posts use data which is getting more and more complicated to understand. The governments are now presenting the data much better so I’ve decided to stop updating the graphs so often.

Try these links instead: 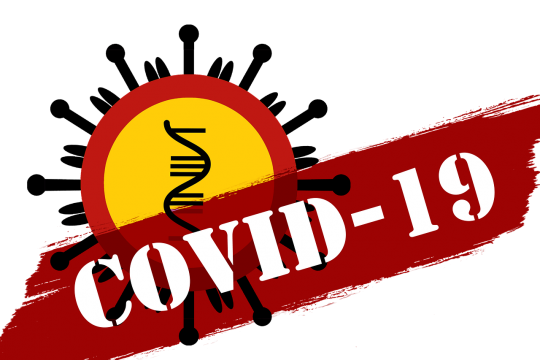 I thought it might be educational to compare the different health services within the UK with regard to how many COVID-19 deaths there have been, adjusted for population. Here is the result. The figures are the numbers of deaths per million population. 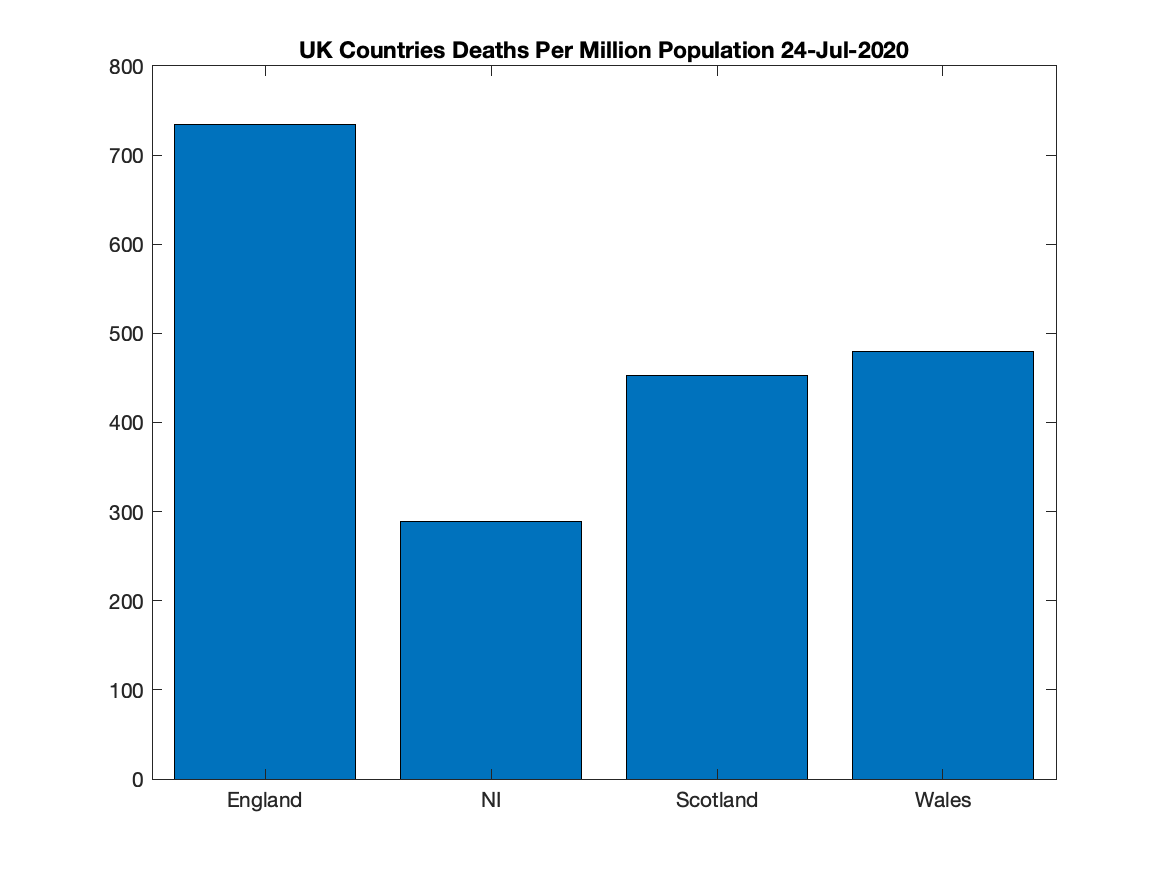 Of course, each country counts deaths in its own way, so beware of how you interpret this.

The English and Scottish figures cover deaths in hospitals only and do not count deaths in care homes or people dying at home. (As at Thursday, 16 April 2020 this means the used values are 25-30% low). I believe the same is true for NI and Wales. However, it doesn’t look like the differences between the various countries would be much affected by the uncounted deaths. 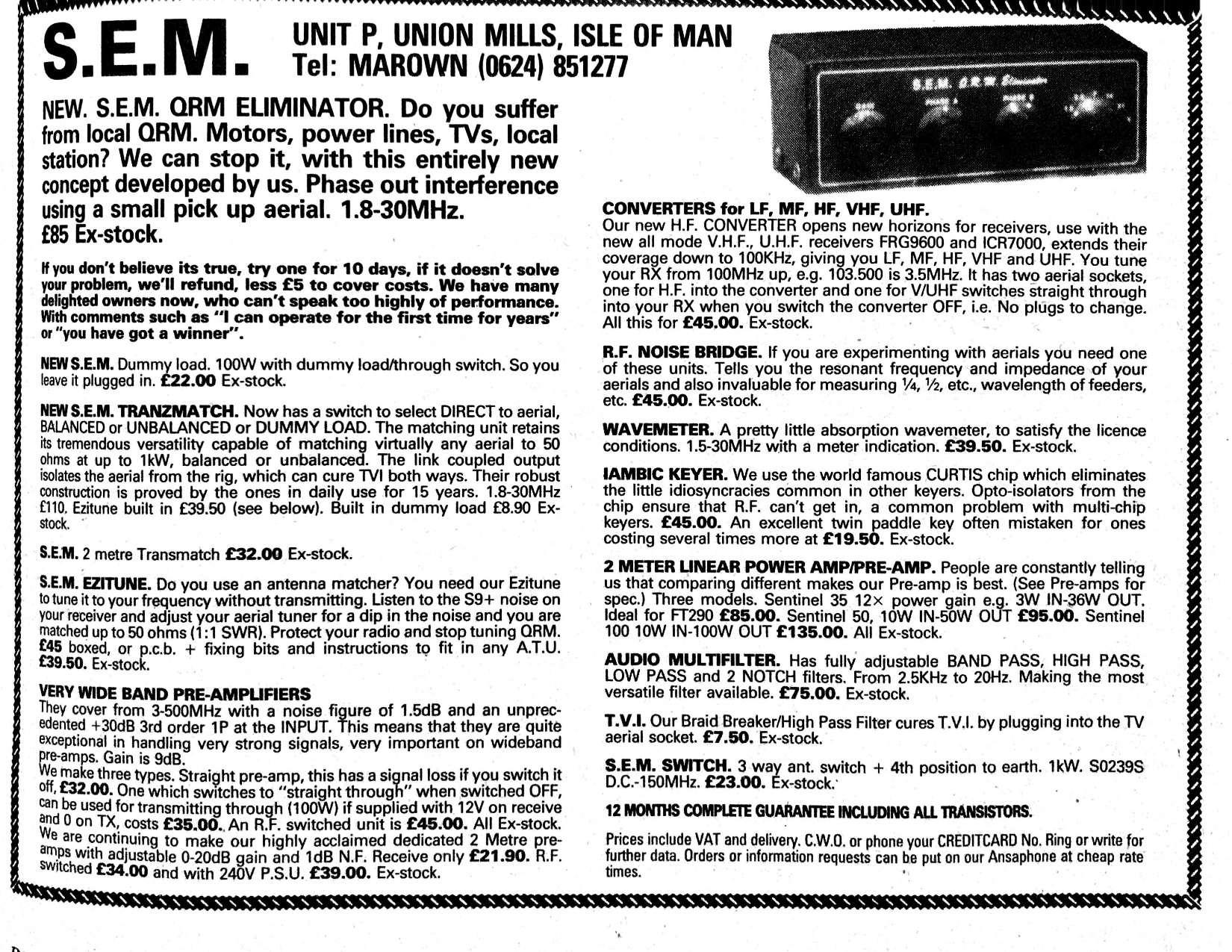 The advert is from Practical Wireless February 1987.

In my last blog I tried to explain how a QRM Eliminator works. Here’s some more information.

Suppose the signal you are trying to hear is a sine wave (shown in blue). The signal as received (shown in red) will have some noise added as it travels to you. 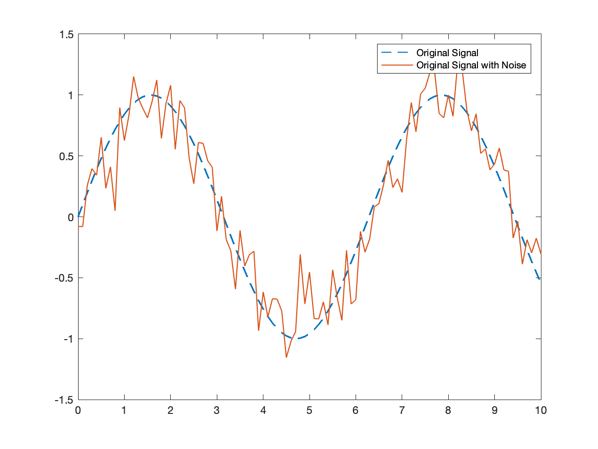 The QRM eliminator allows you to pick up the noise with your noise aerial and phase shift by 180º. As shown in this chart. 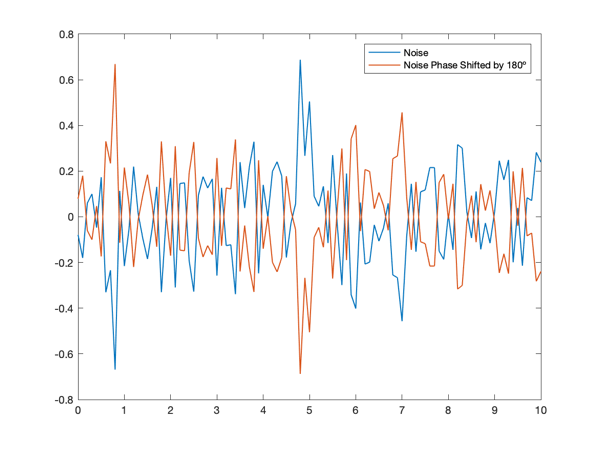 If you add the blue and red signal together you’d get a zero signal. So if you mix the inverted noise with the noisy signal as received you’ll recover the original signal. 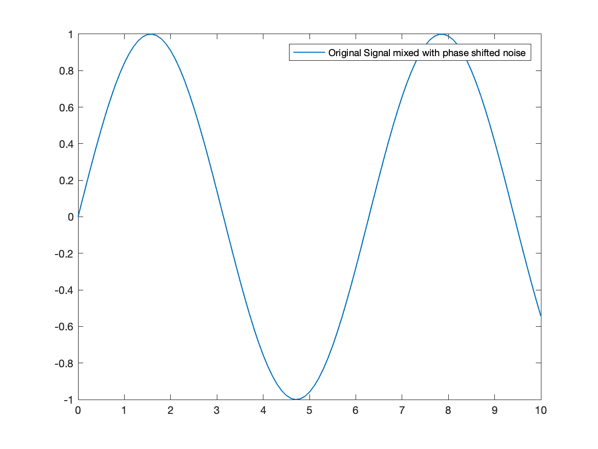 Of course reality is different and the recovered signal won’t be as clean as that. Also if you don’t match the noise and main signal amplitudes properly, you’d then get something like this. 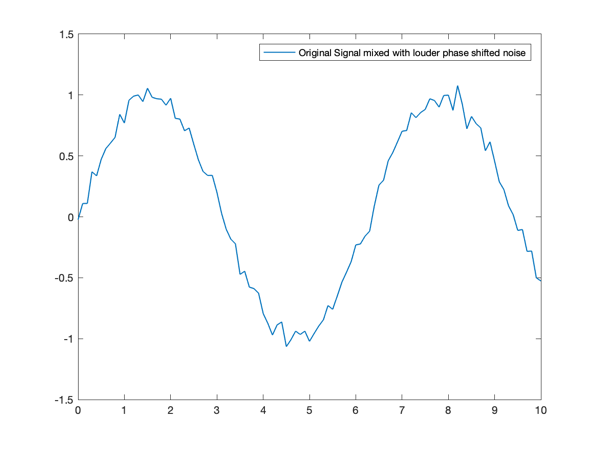 These charts were made with MATLAB using this script. 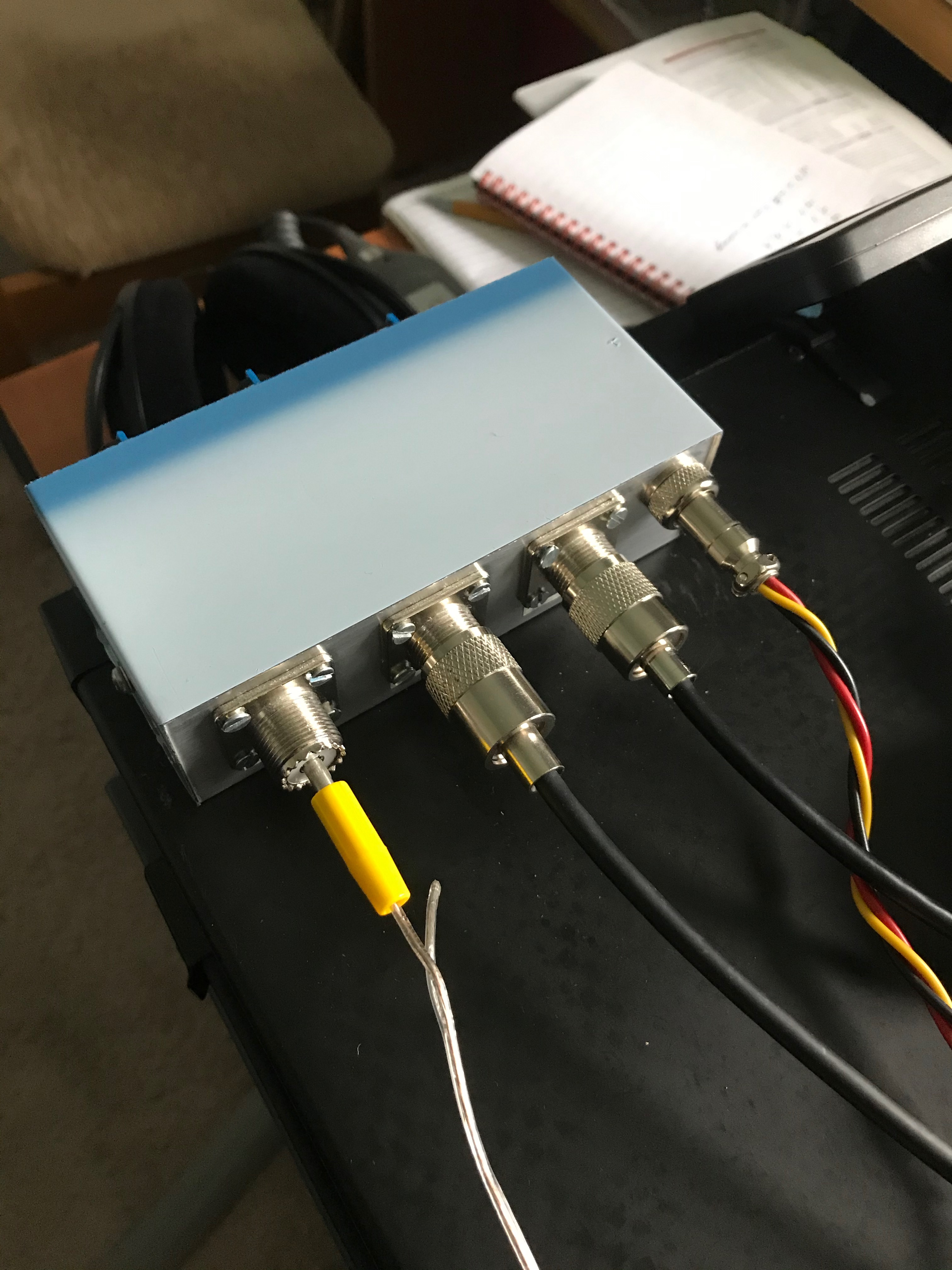 I bought an X-Phase QRM eliminator a while back, tried it out with a receiver and was quite impressed with its performance. It’s only recently that I’ve connected it to a transceiver because without care it is easy to damage the unit when transmitting.

QRM eliminators have been around for many years. I was recently looking at an old Practical Wireless from 1989 and S.E.M. were selling one then in the adverts at the back of the magazine. (And, yes, we used dots in abbreviations back then). If you were to be picky you might say it should be called a QRN eliminator, but it isn’t. I quite like the idea of an actual QRM eliminator though I’m not sure how you could implement it. 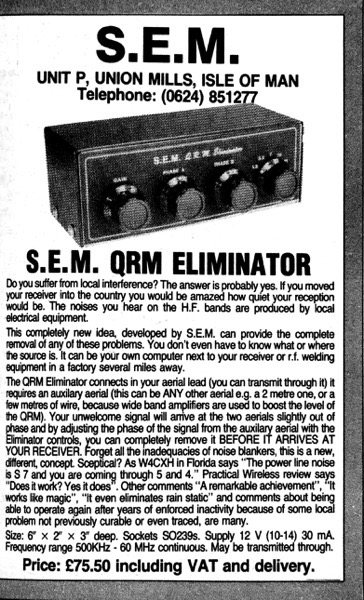 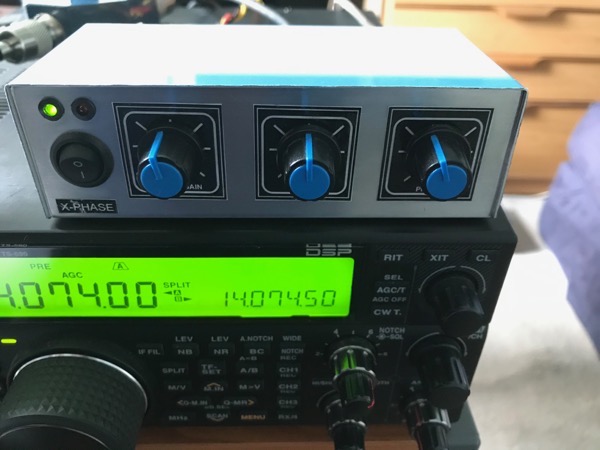 The three blue knobs in the photo are these controls.

There are several QRM eliminators on the market. I got mine from Poland on eBay from the seller urbania2. The unit is solidly built in a neat aluminium box with pleasant to use control knobs and strong connexions on the back.

The instructions are in a quaint mixture of Polish and English but I found them understandable enough as a circuit diagram is included.

I have done some quick tests on 20m with the unit and it seems to be able to reduce the background noise by about 3 S-points as shown on my TS590S transceiver. I also made some measurements using received FT8 signals. This showed an increase of about 4dB in the signal strength of CQ signals as reported by JTDX over 15 minutes with the QRM eliminator being on each even minute and off each odd minute. None of this testing was particularly scientific though. I was using a 4m length of loudspeaker wire as the noise aerial, just lying on the floor of the shack. 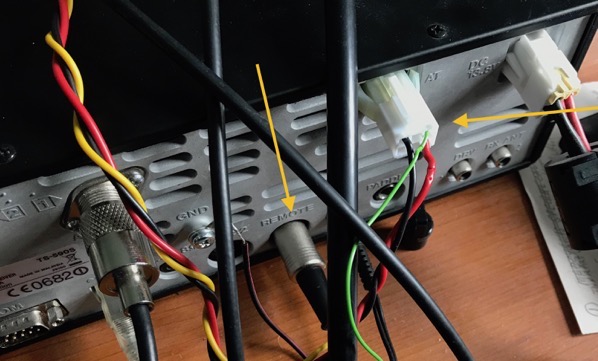 I mentioned that it’s easy to damage the unit when transmitting. It has three wires. Red and black are for the DC supply, and the yellow wire is for the PTT. When grounded the eliminator passes the main signal straight through avoiding the damage.

This Is how I connected my TS590S. The EXT-AT connector on the TS590S provides a nominal 13.8V DC. So I used pins 1 and 6 to power the Eliminator. I got the EXT-AT plug from an eBay supplier asia_uk.

The remote connector on the TS590S isn’t particularly well documented, but connecting the yellow wire from the Eliminator to pin 4 works, but only if menu 53 on the TS590S is set to 2. Pin 2 on the remote connector, the common terminal needs to be grounded so I connected it to pin 3 on the EXT-AT seeing it was spare. I got the required 7-pin DIN plug from RS Components. 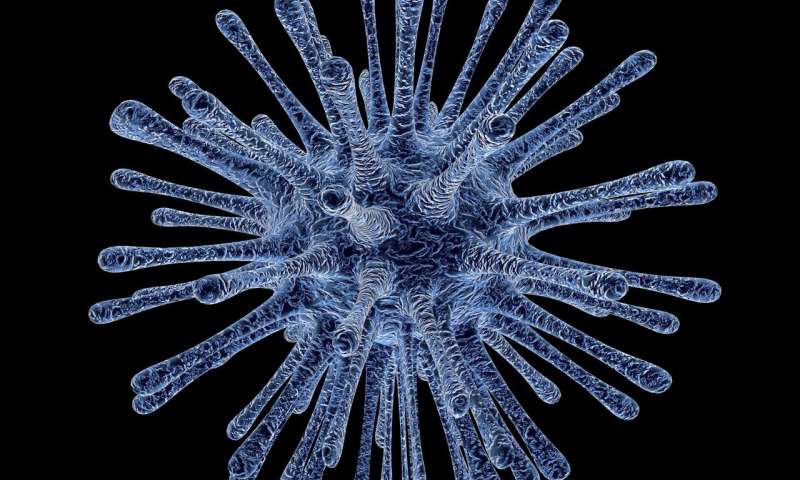 I’ve added some graphs to the coronavirus cases graphs I mentioned earlier. These graphs plot how many days it takes for cases to double. So the higher the number the better.

When the peak of the cases has been reached the graphs show the number of days for the cases to halve. It does this by showing the days as negative numbers.

I suspect that at the peak the graph will jitter quite a lot.

I’ve suppressed the figures for the first 100 cases as the figures probably wouldn’t make any sense. Suppressed figures are set to zero.

Of course, as the governments change how they test cases the graphs will be harder to interpret. 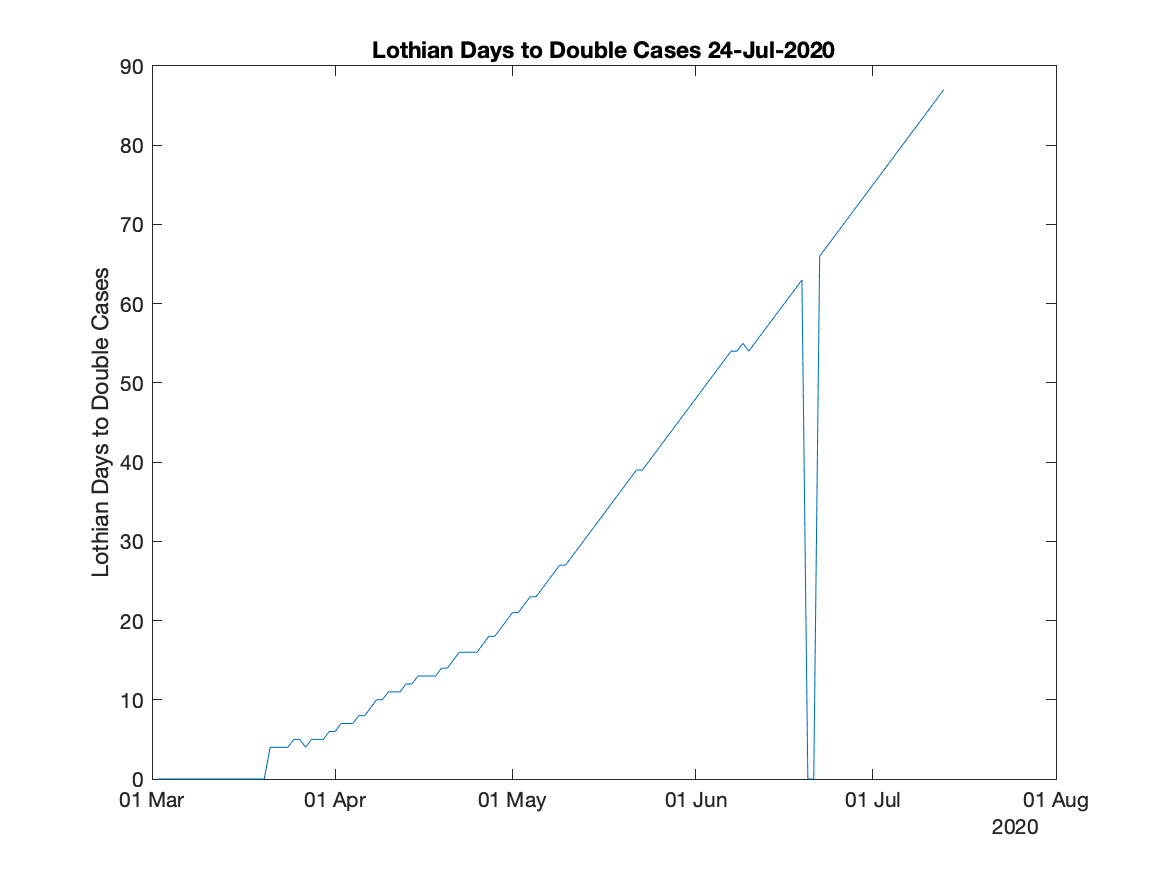 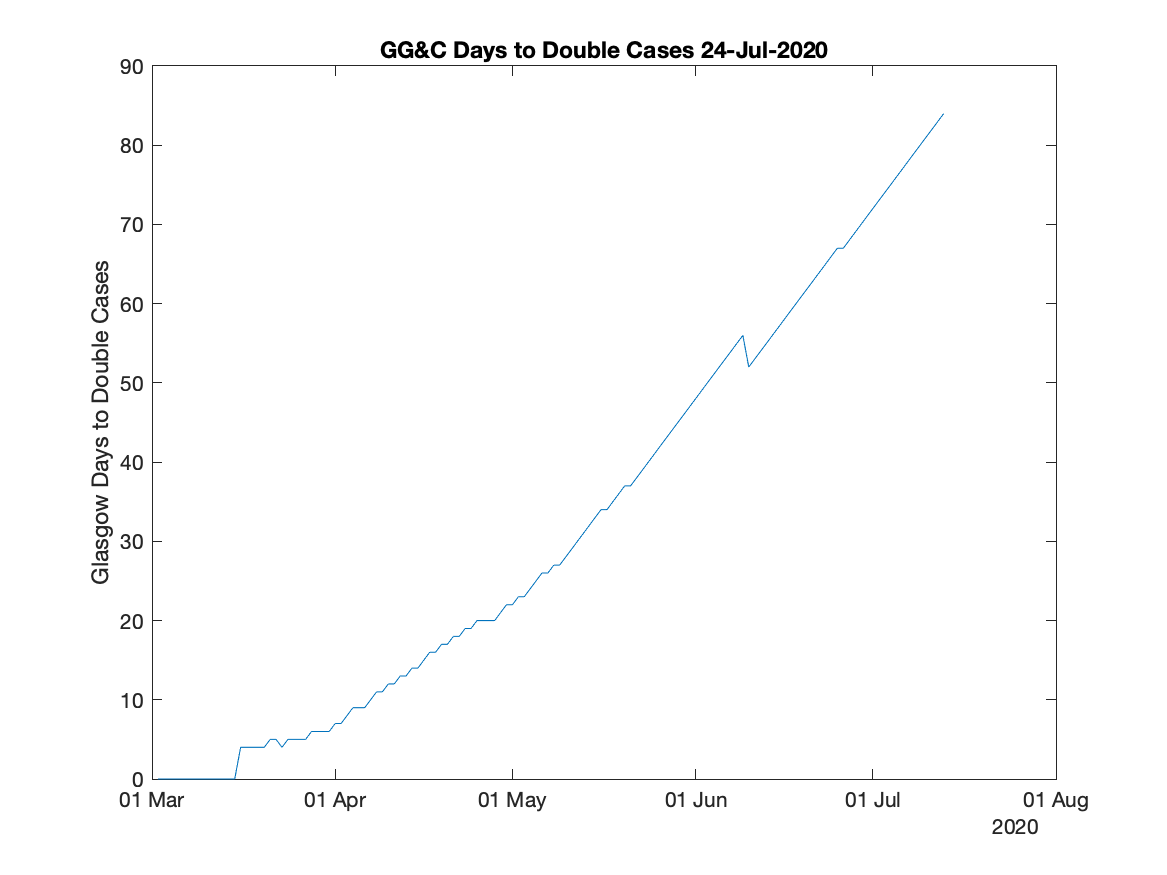