I bought an FT290R (thanks Bob!) a few months back and have finally got around to trying it with packet. The PTT circuit I used for the FT60 Raspberry Pi 3B+ works fine so all it needed was to connect up a plug for the front socket as shown here. 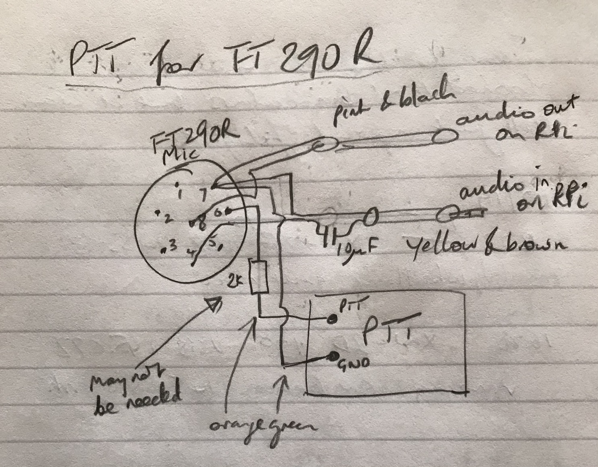 I tested it with Direwolf and Xastir and it seems to work fine. Here’s an audio clip FT290R Packet Audio.flac of a packet being sent from the FT290R. I recorded it using Audacity from my Alinco DJ-C6.

I had hoped that the extra power (25W) from the FT290R would allow the ISS to hear my packets but I’ve had no joy in the couple of passes I’ve tried so far. I can hear packets fine, but the ISS doesn’t digipeat the ones I’ve sent. I changed the APRS path to just ‘ARISS’ having read this aprs.fi blog but that didn’t help either. Perhaps the ISS needs to be at a higher elevation. Or perhaps my rather ramshackle Cebik Moxon aerial needs tweaked.