I’m going to use a real-time clock (RTC) in a future WSPR project so that I can start transmitting at the start of a minute. I’ve never used an RTC before so I thought I’d better fix that. I got a DS1307 RTC from Hobby Components. This module comes with an Arduino library to drive the I2C connection so I’m using a SEM01K Arduino Nano clone to drive it. As you can see the wiring is simple, just ground, 5V, and the two wires for I2C.

Typically you might set the time on an RTC using a GPS module or over the Ethernet from an NTP server. I don’t currently have either a GPS module or an Arduino Ethernet module so neither method is immediately available to me. But I do have a MacBook Pro whose time is set by a local NTP server. So I wrote a small Arduino sketch to set the RTC time from the Mac. The procedure to set the time is a bit manual but it only needs done once as the RTC is kept alive by a battery. 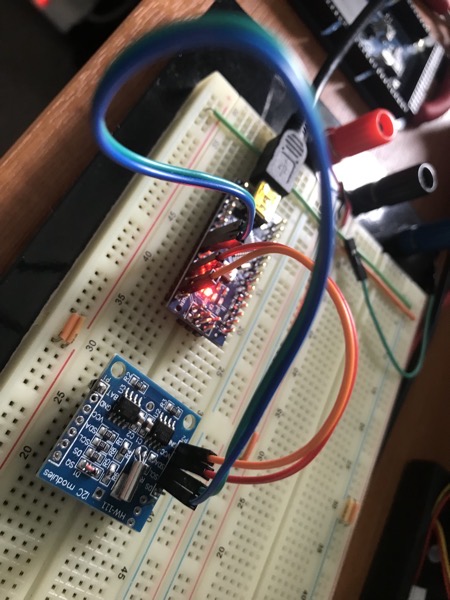 To check that I could use the RTC after the date and time is set I also wrote a little demo sketch which turns on the Arduino internal LED for two seconds at the start of each minute.

The sketches are in this ZIP file.